What's New With Us?

Read our blog for our latest updates and information. 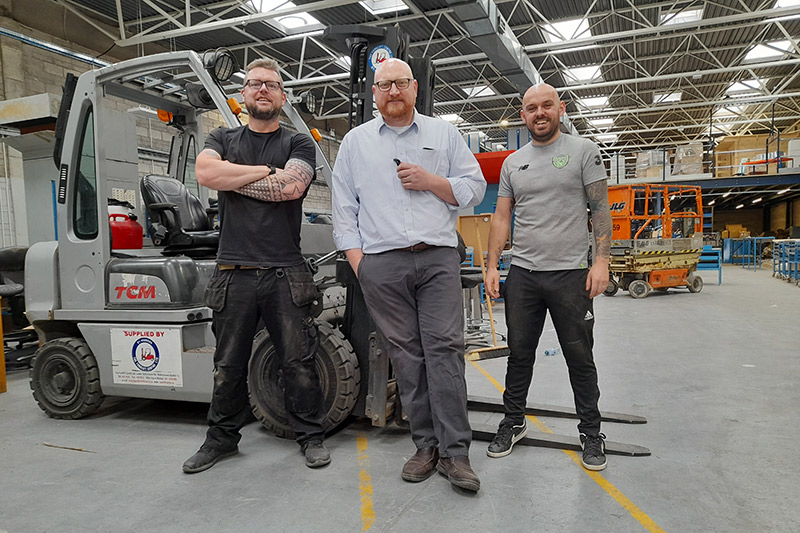 Kapp & Peterson is pleased to announce that as of 23 May, it has relocated to a new facility in the Deansgrange neighborhood of County Dublin — a relatively short walk from its previous home in Sallynoggin.

Moving is not something the Dublin-based institution takes lightly. "We were in Sallynoggin for 50 years," says Managing Director Joshua Burgess. "And Sallynoggin was only our second home after moving from the original St. Stephen's Green factory in 1972." Peterson's staff leaves behind fond memories of Sallynoggin. "The factory in Sallynoggin was my first job," says Factory Manager Jonathan Fields. "I worked in that building when I got married; I worked there when my kids were born."

"Despite our attachment to the building and the community, the move ultimately made a lot of sense for us," says Burgess. "When Laudisi acquired Kapp & Peterson in 2018, we were able to sign a four-year lease. As our time in the building came to a close, we took a hard look at our needs," he continues. Those needs included more space and updated infrastructure. "We reached a point where if we wanted to continue to grow and do things like update our tooling, some big changes were necessary," notes Burgess. "For example, the electrical capacity of the building had reached its limit. The electrician at one point said, sort of jokingly, 'No more machines. I can't add one more machine without doing a serious overhaul of the electrical.'"

"Moving the factory was a really big project," says Fields, "but we wanted to make it happen with as little disruption to the staff and our pipe making as possible." To that end, the entire Peterson staff pitched in, moving the equipment, tools, and briar that they know best. "We moved all our machinery and pipes in three days," says Fields. "We left Sallynoggin on a Wednesday and started making pipes in our new home the following Monday." 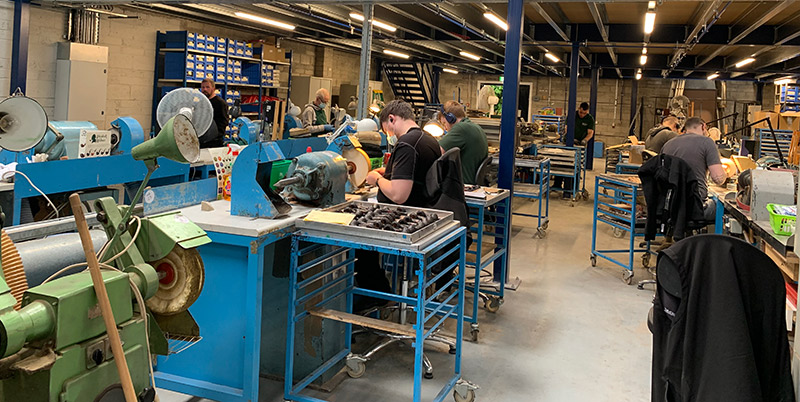 After four weeks in their new location, the men and women who make Peterson pipes are settling into their new home. "The new place is great," says Tony Whelan, former factory manager and 50-year Peterson veteran. "When I volunteered to help with the move, I became the first employee in Peterson history to work in three different locations. I'm proud of that." In addition, Fields notes that the entire staff is getting to know its new neighbors. "The Grange pub is a good place to head after work. They pour a nice Guinness."

Peterson now finds itself with ample space for growth in pipe making and storage. "In the new space, we're able to group work together in an intuitive way," says Burgess. "All the machines that are related to drilling — bowls, mortises, mouthpieces — can now be in the same production line. It promotes better collaboration when everyone who's doing the same sort of work is stationed together." Sykes Wilford, Laudisi's CEO, recently worked alongside the staff in its new location. "I'm so pleased with the new place and all the work the guys did to make it happen," says Wilford. "Peterson has a bright future here, and I'm convinced that the new factory furthers our goal of making excellent pipes, firmly in the Peterson tradition."