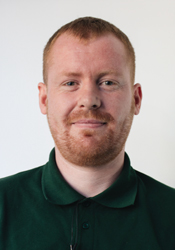 Jason began his apprenticeship at Peterson under our previous silversmith, David Blake, in 2008. After working closely with David for four years, Jason became Lead Silversmith in 2012 and has excelled in his craft, fitting Peterson pipes with nickel mounts, gold bands, and sterling silver caps. As part of an unbroken line of craftsmen reaching back to the late 19th century, Jason ensures that Peterson Pipes continue to bear their distinctive and celebrated metal work.